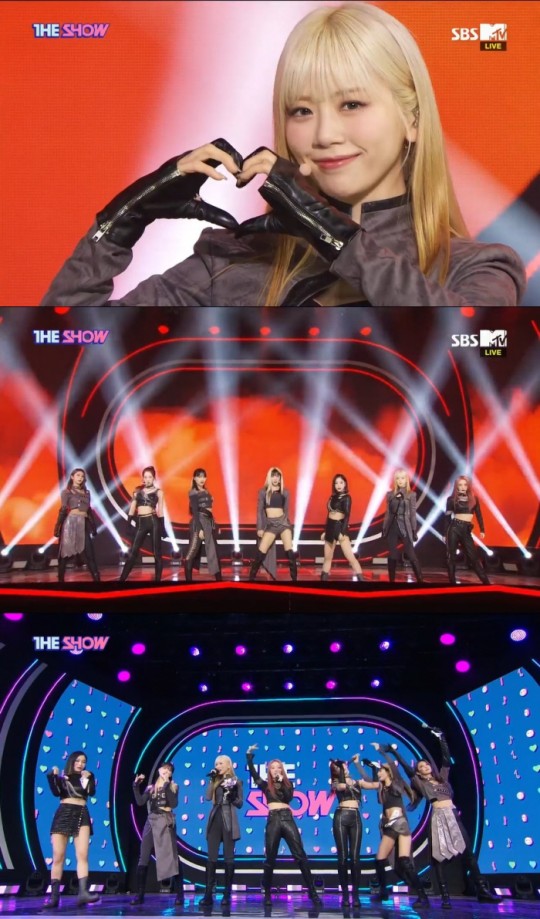 Dreamcatcher(JiU, SuA, Siyeon, Handong, Yoohyeon, Dami, Gahyeon) appeared on SBS MTV’s ‘The Show’ on the 26th and came in at first place with the title song ‘MAISON’ of their second studio album, “Apocalypse: Save Us”

This comes after the group won their first win of 1924 days since their debut on MBC M’s “Show Champion” last week. With this additional win, Dreamcatcher became two time winners, continuing their upwards trajectory.

After becoming 2-time winners with ‘MAISON’, Dreamcatcher thanked their company staff, calling them ‘family’, as well as all those who had worked for Dreamcatcher. Following that, they also expressed their gratitude to their global fans in English and Chinese. On their encore stage, each member wrote one letter of “Som Nias We Love You So Much” (Somnia meaning InSomnia, their fanclub) on their face, sending a special gift to their fans.

Dreamcatcher showed off a chic charm with their grey-black styling. Especially of note was the makeup that made them look bruised and cut, which symbolizes the planet’s pain under environmental destruction.

With ‘MAISON’, Dreamcatcher sent a warning message to those who unashamedly destroy the environment. Known for their strong messages in their music, they showed off incredibly well synchronized group dances in their powerful performance, clearly showcasing the amount of practice each member put in. Their point dance “protect everything dance” was especially eye-catching, and the group displayed their multifaceted charm, being immersed in their charismatic on-stage persona in one moment then gesturing hearts with their hands in the next.

Dreamcatcher is set to continue promoting their second studio album ‘Apocalypse : Save us’ with music shows and other diverse content releases. Also, they are planning to attend one of the biggest music festivals in the world, Spain’s Primavera Sound, as a representative singer of South Korea, allowing them to showcase their high global standing in June.

Source: entertain.naver.com
Translation by 7-Dreamers HojuneTL
Please do not take translation without credit