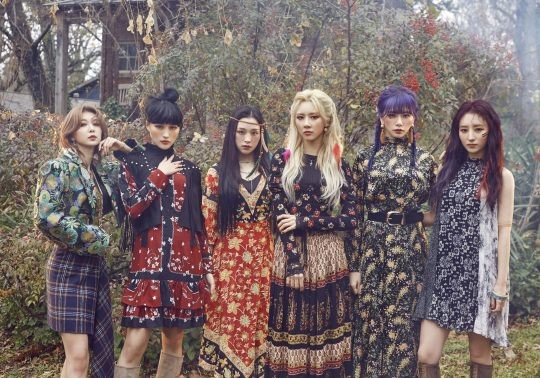 “Dreamcatcher has grown. We can depict our world through performances rich with depth and we can express our thoughts through our performances. When we debuted, it was decided that we’d do powerful, intense concepts. But we don’t want innocent, pure concepts. On the contrary, we’re happy that there are lots of things we can do because we are Dreamcatcher.”

The Group Dreamcatcher wakes up from its nightmare to depict a new world. They are planning to deliver heavy social criticism as well as memorable messages with “Dystopia”, which means the anti-eutopia. Dreamcatcher released their first studio album “Dystopia : The Tree of Language” on various streaming sites at 6PM on the 18th. This album signals the beginning of a new series from Dreamcatcher following the conclusion of their Nightmare series, a series they continued on since their 2017 debut. Including the lead track “Scream”, the album contains 14 tracks, such as “Tension”, “Black or White” and “Jazz Bar”. ‘Scream’ is a metal song, a genre that Dreamcatcher has continued in, and features memorable lyrics that utilize the “witch hunt” as its motif. Dreamcatcher is a team better described as “cool” than as “pretty”. With Handong missing in order to participate in QCYN2, the Chinese version of Produce 101, the other 6 members, JIU, Sua, Siyeon, Yoohyeon, Dami and Gahyeon are about to meet the InSomnia of the world with an even more powerful and severe performance. We met Dreamcatcher at a cafe in Nonhyeon-dong, Seoul, before the release of their new tracks.

> How does it feel to be releasing your first studio album after 3 years since your debut?

JIU: Our fans have been anxiously waiting for our studio album. Since a studio album has more B-side tracks than a mini-album, I’m glad that we could give our fans more music to listen to. We are sad that Handong can’t promote with us, but we’ll work harder to make up for her absence.

> Since your debut single, ‘Chase Me’ of 2017, all of your previous songs followed in the Nightmare concept. “Dystopia: The Tree of Language” starts the new “Dystopia” series. What kind of concept is it?

JIU: “Dystopia” means ‘anti-eutopia’. ‘The Tree of Language’ is the introduction to this concept. It’s centered around a big tree that bears white fruits when people say positive words and bears black fruits when people say negative words. It’s a concept that reflects society where people can be both delighted and saddened by words.

> The tree, the elderly person, the girl, and the mask. What do these 4 key words of “The Tree of Language” signify?

Sua: The mask is what it is, a mask. It represents people unleashing their words hiding behind a mask. Our lead track “Scream” uses the middle age witch hunts as a motif. You can clearly see that in the lyrics: ” This feeling as my two tied hands ache/ though everyone throws stones at me/ I can’t escape/ It’s not fun at all for me / Someone tell me Tell me For whom this is ”
Siyeon: If you apply it to reality, ‘words hidden behind the mask’ refer to hate comments or the people behind them. There are lots of people who don’t think about what they’re saying. We wanted to give people like that a warning, and wanted to express our wish for it (the hate comments) to get better. We always wanted to express our honest thoughts with our lyrics or our music, and we got our wish with this album. (Laugh)

> Most celebrities are plagued with hate comments. How do you respond to them?

Yoohyeon: When I run into hate comments I tend to feel hurt and get gloomy on my own. The members notice that I’m behaving differently before I tell them and approach me to tell me it’s okay. I get better when the others comfort me.

Sua: When I see hate comments, I go looking for the kind comments.

> Any kind words from fans that stick in your memory?

Siyeon: In the comment section on the special clip of my solo track “Paradise”, someone wrote that they were going through hardships but found peace with my song. My wish is for my singing to comfort people, so it was like a wish coming true. That comment gave me strength. 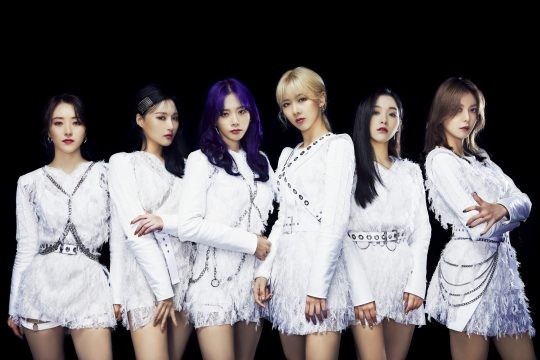 > Dreamcatcher has a strong, intense image. Because you debuted with the fixed musical direction of rock/metal, you look dark and powerful unlike other girl groups who can look innocent and lovely. Did you ever want a brighter, more innocent look while watching other girl groups?

JIU: I don’t think Dreamcatcher is simply dark. We’ve worn dresses and other feminine costumes on stage. Apart from our dark look, I believe we have our own way of being sexy and shiny.

Yoohyeon: I think that the intense concepts we can try because we are Dreamcatcher is our strong suit, and I love that. I’m proud of that, too. It’s a concept and a team that I can be proud of. It’s what suits us best.

Gahyeon: To be honest, I wanted that during our early days. I want to do sexy stuff so I’m doing it to my heart’s content in fanmeets and in concerts. I danced to Park Ji-yoon’s “Coming-of-age-ceremony” during a fanmeet. (Laugh)

> Since you are considered ‘cool’ as a girl group, you have a high ratio of female fans compared to male fans.
JIU: We are blessed with many women. Haha.

Siyeon: The ratio of our male and female fans are around 50 to 50. I heard that it is good for girl groups to have female fans, so it feels great to see that. When we’re doing music shows, we can hear our female fans so well and it’s so cute.

> Along with your musicality, your ‘energetic performances’ are another strong suit of Dreamcatcher. The ‘Scream’ choreography also looks difficult. How was it?

Siyeon: “Scream” performance was the most fun to prepare. Before our comebacks, our fans have such high expectations. Those expectations are what drive us. For the first time, we have a dancer team we worked with to complete our stage, and it gave us a sense of responsibility. We’re working with many people so if I make a mistake it would harm more people. I approached it trying to fulfill our responsibilities and the expectations.

Dami: Since fans were the most excited for our performance, we thought hard about how we could make it look fresh. We talked a lot between ourselves as we got prepared. The choreography started out slightly slower, but we asked to fit more moves in and got the choreography changed.

JIU: The previous performances were the same way, but we are especially satisfied with “Scream”. At first, it was hard because it was so fast and complicated. But after an hour of hard practice, my body began to get used to it. (Laugh)

> We know you are satisfied with your team color, but is there a concept or genre you want to try?

Dami: Bands and Rockers. I want us to do a rock festival style show as a band. Along with our group dances, we could do head banging, communicating with the crowd. It would be fun! 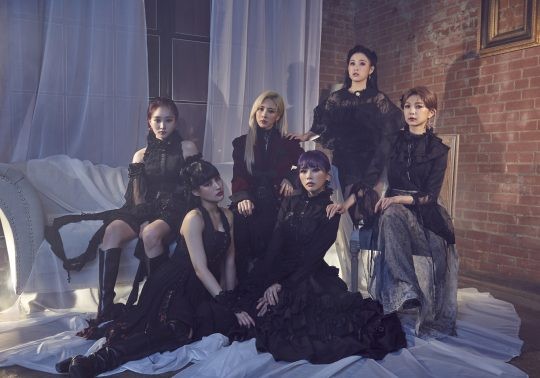 > You are already entering your fourth year. Is there an aspect you feel like you’ve grown in compared to your previous promotions?

Sua: Honestly, we used to have to understand our world and story before depicting it. Now, we’re more proactive and independent. We find new ways to depict our world. We’ve come to be able to express our thoughts about our world-setting enough to take part in writing the lyrics. That’s one aspect we’ve grown in.

Siyeon: Yeah. It used to take us a while to understand our world setting, but now we can incorporate it naturally into our music and dances. We can give our performances depth.

> What are your goals for this album?

Yoohyeon: The public seems to know our team name of Dreamcatcher but doesn’t seem to know who’s in that team and what they look like. We’ll show you a lot about Dreamcatcher, so we hope you learn a lot about us from now on.

JIU: I want to hold many shows in the country this year. Touring the country is a sign of popularity, after all. I also want our studio album to enter the American “Billboard 200” chart.

> In February, many girl groups including GFriend and IZone have held comebacks and are promoting. What is Dreamatcher’s mindset going into this promotion?

Siyeon: Above all else, we’ve continued to build up our image and worked hard since our debut. We want to leave an intense impression. We don’t have the time to develop rivalries or to be jealous towards other groups. We need to focus on showing Dreamcatcher to more people. (Laugh) ‘Show it to them. They’ll eventually appreciate us if we do our best’ will be our mindset, and we’ll work hard on this promotion.