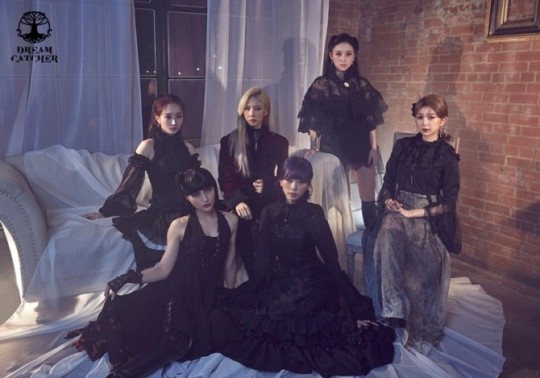 Group Dreamcatcher was shown again how passionately the InSomnias worldwide love them.

By country, the album reached the top place in 8 countries including Argentina, Equador, Latvia, Malaysia, Norway, Portugal, Singapore and Vietnam. In addition, it reached 4th place on the US chart while also entering the top 10 in 25 countries including Austria, Canada, Russia, Australia, Germany, Poland and Spain, showcasing the group’s worldwide popularity.

This is especially meaningful since the charts they topped aren’t K-Pop charts, meaning that the group competed against artists of global fame. They also reached 38th place on the global digital artist ranking, beating out the Jonas Brothers, Bruno Mars and Ariana Grande.

The lead track of Dreamcatcher’s first studio album, ‘Scream’, also leaped further on the domestic charts as well, ranking 6th on Bugs, 30th on Genie and 38th on Soribada, showing the steady growth of the group. In particular, 11 tracks out of the 14 listed entered the top 100 in Bugs, ‘lining’ the chart and drawing eyes.

Dreamcatcher’s first studio album ‘Dystopia : The Tree of Language’ is the album that opens a new world after the conclusion of the Nightmare story last year, and has been met with much attention even before its release. The lead track ‘Scream’ drew the attention of many with the with hunt theme and a deep message.

As Dreamcatcher’s promotion is set to get started, the attention the group garners will only get hotter. Starting with Mnet’s M Countdown on the 20th, they will appear in music shows and communicate with the InSomnia through diverse content.