Dreamcatcher, a K-POP girl group that has built a unique style which combines colourful rock sounds and the nightmare concept, held a showcase commemorating the release of their 1st Japanese album ‘The Beginning of The End’ at Tokyo MyNavi BLITZ Akasaka on September 12th. How would they conclude the nightmare story that they’ve been telling so far? What would their next story be? Anticipation and nervousness ran high as the curtains went up to their much awaited stage.

The live show started with a dramatic score and an introductory video about the members. When the 7 members slowly appeared on stage, the cheering from the stands grew louder. The first track to be performed was “YOU AND I -Japanese ver.-“. It is the Japanese version of the metal track that was a hit in Korea last summer. The lyrics, which go “However I may run, I keep returning to the same place/ A mirror shows me/ oh oh/ a contorted mystery”, is reminiscent of nightmares, and fit well as the opening number. The excitement of fans peaked.

The next track was “What -Japanese ver.-“, the 1st Japanese single. They have performed this track in various places since their Japanese debut last fall. As such, the group’s performance felt composed, and their motions well defined. The cheering guests also seemed to be used to the song, making it seem as though the track had been completed together by the members and the Japanese fans. 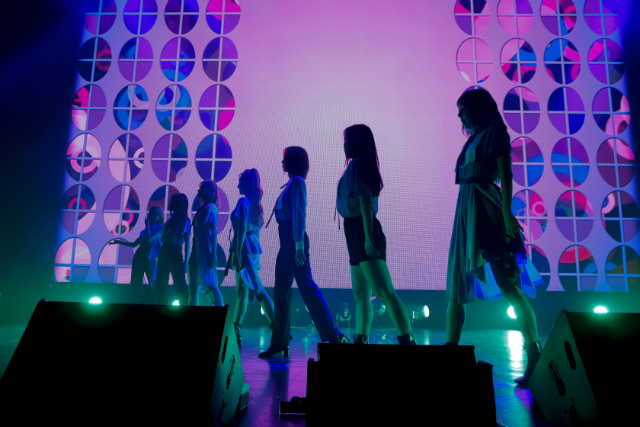 Not letting the excitement die down, they turned to the talk corner. When asked by the MC how they felt about the much awaited release of their album, the members answered “I want to fly up like I’ve become an angel”(Sua) “I’m very excited”(Handong), “I’ve been waiting for this moment”(Yoohyeon), “I’m thrilled”(Gahyeon). Every member seemed to feel very happy about it. The next item was the album itself, which, according to the Leader, JIU, “contains a message that announces the end of the nightmare”.

The conversation then shifted towards the lead track of the album, “Breaking Out”. The track combines tribal dance pop with fierce guitar riffs. Perhaps because it allows them to enjoy the group’s recognizable sounds, the track has been praised by fans soon after release. It is “a track which features the thought to ‘break through everything and move forward’ as it’s theme”(Siyeon). Before they performed the song, they seemed to be somewhat concerned, saying “I’m very curious about what everyone thinks of it”(Dami). However, after the talk corner, the moment they performed the number, the stands began moving very excitedly. The number will probably become a must for future shows.

Dreamcatcher’s sales point isn’t limited to their sharp edged sounds and their beautiful dance formations. Their diverse expressions while singing is another reason for the increase of their fans. “And there was no one – Japanese ver.-” proves this. The members stood in a line with the cityscape as their backdrop. There is no doubt that the fans sensed a bright future for the group in their steady gaze as they faced forward.

After a presents corner, the showcase entered its last phase. One moment the members were performing “Wonderland -Japanese ver.-” calmly, featuring a mature presentation with its fantasy-like sound effects and cool backing track, the next moment they were driving the excitement of the guests up with the aggressive performance of “Chase Me”. To devoted fans, these are tracks they’ve heard multiple times by now. But the high energy and confidence during the showcase may have come from the fact that it was right after the release of the much awaited album. 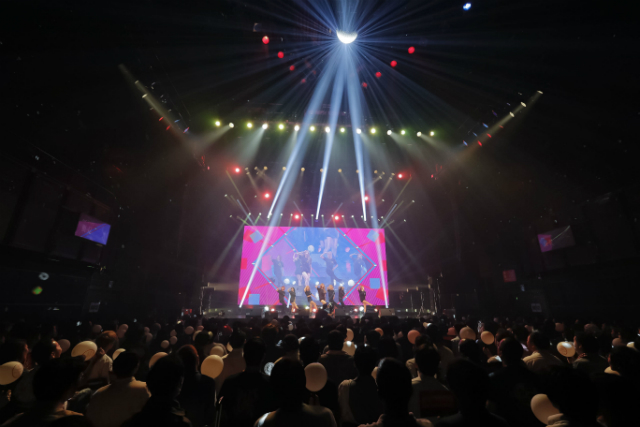 The prepared encore track was “I Miss You”. Dreamcatcher concluded its story with the mellow rock number which fiercely tells fans that “We’ll meet, the two of us, inside the dream”. The question is, what is to come next? What awaits Dreamcatcher in the future? Even non fans would be curious, but all the on-stage screen showed during the end of the show was a butterfly, flying out from a dimly lit palace into the blue sky. The mystery only deepens. However, we may have no choice but to follow the flight of that butterfly. For now, we can only anticipate their ‘2nd installment’. 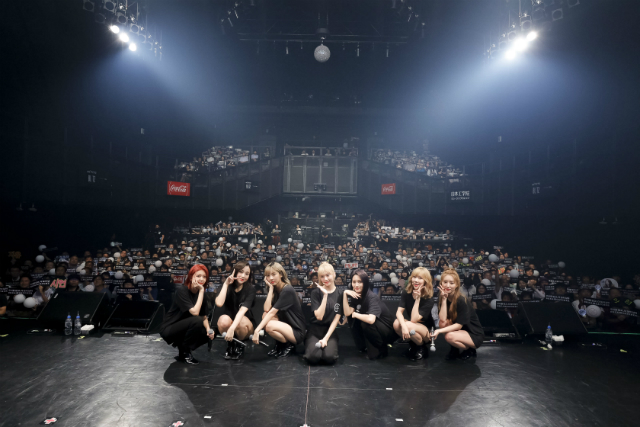