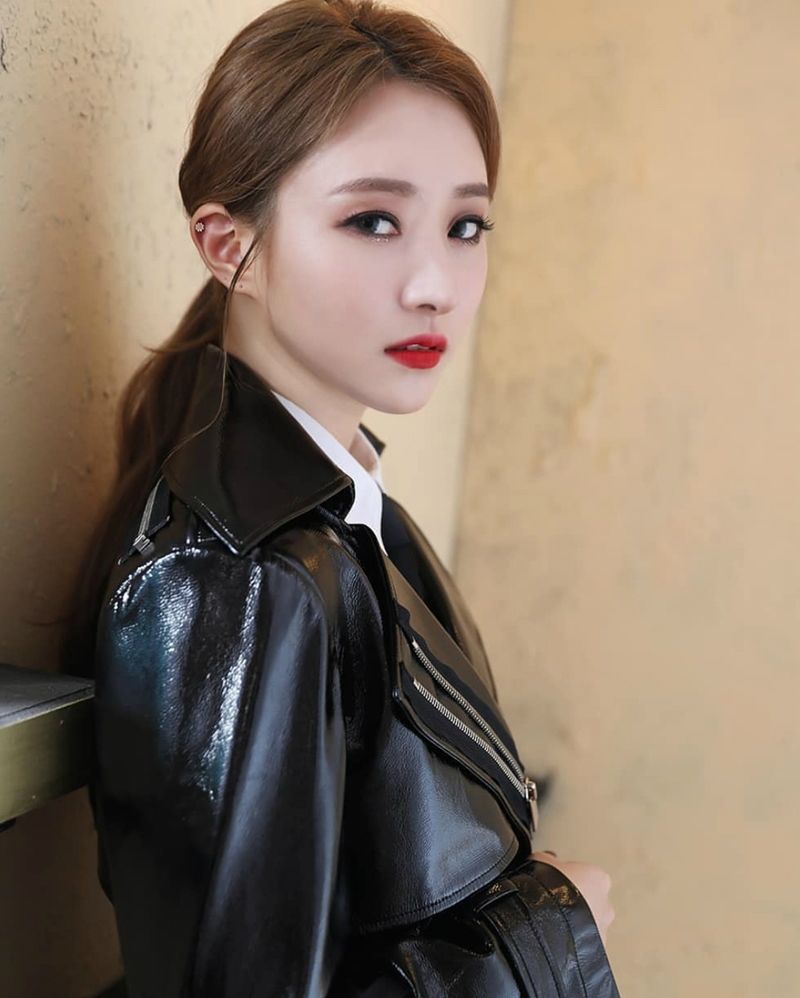 Dreamcatcher’s Sua recently became a big deal in online communities and SNS sites with a single gif.  The gif shows her saying “what are you doing?” to the member next to her and then beckoning a fan to come to her to get signed at a fansign. The netizens who saw the gif commented that it reminded them of an experienced bank teller and gave her the nickname “bank teller material”.

3 years after their debut, Dreamcatcher have released their first full album, Dystopia: The Tree of Language. The day before the album was released, the image came up during a comeback interview with Dreamcatcher at a cafe in Nonhyeon-dong.  At the mention of “Bank-teller Material” the members all burst out laughing.

Sua said “I didn’t expect it to become such a huge deal. In every online community I looked at, the gif had tens of thousands of views. When I looked at this picture, I thought to myself “I am really working hard! I really do like people,”” causing a renewed burst of laughter.

Sua explained what had happened at the fansign in question. “Gahyeon was sitting next to me and said ‘I feel like I’m flying!’to a fan in a very cutesy voice, so I asked her “what are you doing?” and said“come flying to me~” to the fan. I really have gotten a lot cheekier.”

“There are people who say they want to come to our fansigns because of that gif,” Sua said, adding that she had never worked in the service industry. “I’d love to do an ad for a bank,” she hoped.

Dreamcatcher’s first full album Dystopia: The Tree of Language was released at 6pm on the 18th.  The title track ‘Scream’ employs the medieval witch hunt as a motif, while attempting to incorporate electronica sounds on top of rock.

Here is the gif that was talked about in the interview: