Dreamcatcher (Dami, Yoohyeon, Gahyeon, Sua, Siyeon, JIU, Handong) opens their new world with their first studio album ‘Dystopia : The Tree of Language’. They showed off a broader musical spectrum with the lead track ‘Scream’, which keeps true to their metal style but incorporates elements from electronica.

“We’re releasing a studio album after 3 years. We prepared lots of songs, so there’s a lot for fans to listen to, and we go on stage with dancers for the first time. We also prepared individual dance parts, and the stage looks full thanks to the dancers accompanying those parts.”(Dami)

“People can both feel happiness or get hurt by words. The concept of the album is the ‘witch hunt’, something you can become the victim of anywhere, at school or at work.” (JIU) 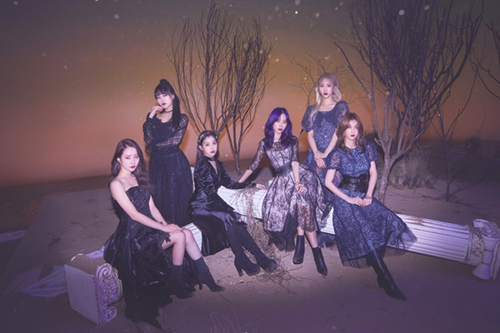 The ‘Scream’ performance, where the group is accompanied by dancers for the first time since their debut, was more than enough to catch the eyes of fans. In particular, the mysterious ‘masked dancer’ piqued the curiosity of fans.

“We promote with a 7 member formation by having a masked dancer take the place of our member Handong. She’ll stand in her place when she comes back. We got lots of positive feedback. I hope she returns in good health.” (Sua)

Dreamcatcher broke their previous records with ‘Scream’. The first week sales of the album was nearly 25000 copies, and the music video reached 10 million views on YouTube, proving the attention the group is receiving. Since this is a studio album, even outside the lead track, they say that the album is filled with songs they feel attached to.

“‘Black Or White’ is filled with things I want to tell our fans. I wrote the lyrics to say that it’s not wrong to be different. We say that our personalities are different, not that they’re wrong. So I wrote it hoping that people would accept and respect differences.”(Dami) 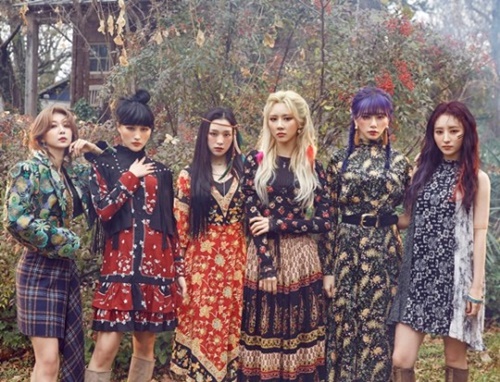 “Mine is same as Dami. The lyrics criticize the black-or-white fallacy, and I feel like a strike against people who just want to hear what they want. It’s something that I want to tell those people.”(Siyeon)

“For me, it’s ‘Tension’. There was a time where I was very critical of myself. The song comforted me a lot. I want people like me to listen to it.”(Yoohyeon)

“I like ‘In The Frozen’, too. There’s a part in the lyrics that I really like because it reminds me of us. “The long and long time, now say Good bye / Wait for the shining start” That part reminds me of us, so I want to recommend that track.”(JIU) 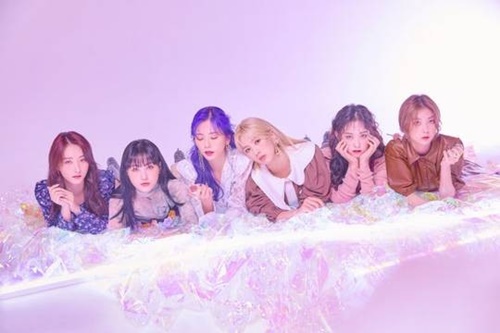 Dreamcatcher is known for having a fanbase that crosses many age groups. The number of their male and female fans are about 50 to 50, and those fans range from teenagers to middle-aged people. They also have gained great popularity between rock and metal fans. Their popularity is also considerable overseas. Their new album hit 2nd place on the iTunes world-wide album chart, trailing only Justin Bieber’s ‘Changes’, while hitting first place in 8 countries and the top 10 in 25 countries, confirming their world-wide popularity.

“We are slowly getting a feel for our popularity. Our first Europe tour after our debut was held with venues of 4-500 seats. Recently, we toured 7 countries and the venues were 1000 seats. I realized “we grew during the last few years””(JIU)

“Whenever we release a new album, the fans make sure to get it on a Billboard chart. I feel the love given to us by so many people.”(Siyeon) 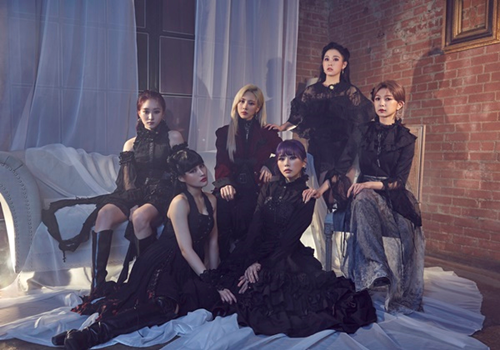 But Dreamcatcher’s popularity did not happen overnight. Though their official debut was in 2017, they actually are on their 7th year, since the group was created from Minx, a group that debuted in 2014.

“Back when I was a trainee, I had this vague expectation that I’d be busily going here and there, and be popular after my debut. I got into a rut when reality hit. I hadn’t experienced breaks before, so it was hard not knowing what to do, being directionless. After going through that, I now find things to do to better myself when Dreamcatcher’s on break. That time helped change me. I’m thankful for that.”(Dami)

“My only thought is to keep Dreamcatcher going till the end. I’ve either practiced or worked for the entertainment industry for over half my life. If that goes, I’d feel like my life is gone. So Dreamcatcher needs to be forever.(Laugh)”(Sua)