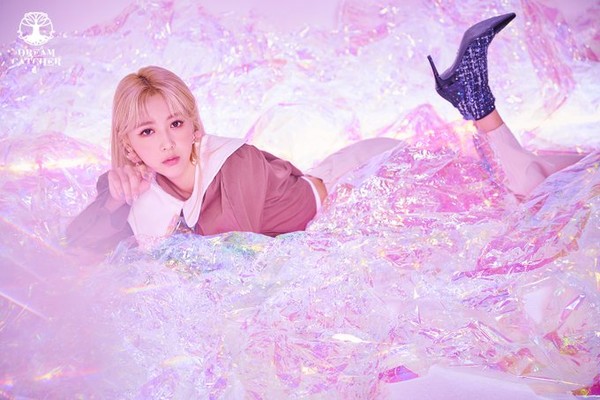 [Zenith News=Reporter Byeon Jin-hee] Dreamcatcher opened up about their concept.

As many girl groups join the competitive comeback scene of February, Sua said “Every time we have a  comeback, we face a crowded comeback window, especially with girl groups. I used to want us to reach visible goals like winning first place or entering the charts. Now, as we stand beside numerous other groups, I think “so what if we can’t get first place? We can still show off our color.””

“The most important thing is that we continue creating music that is unique to Dreamcatcher. I would be proud just to hear the public recognize us, saying ‘Dreamcatcher is cool’,” she added.

Girl groups such as Everglow, Loona, Rocket Punch and Cherry Bullet that have had recent comebacks have garnered much attention from the public with confident, charismatic concepts.

How does Dreamcatcher stand out in this landscape? “Even if they all have powerful concepts, they all have different messages they want to convey. We incorporated social commentary into our music this time, and we’ll showcase our unique intensity,” said Yoohyeon.

Today, girl groups have moved beyond limited concepts such as sexy, cute, or pure. Dreamcatcher in particular has built up a unique team color by turning in intense metal sounds and powerful performances with each release.

“I’m instinctively drawn to concepts like that. We are influenced by the performances of Exo or BTS. We also want to look powerful on stage,” Sua explained, and revealed her pride and love of her team, saying “Our members all have a fierce aura.”

In addition, Yoohyeon said that “We’re in a time where women can be exertive about their opinions. Pop music influences a lot of people today, so girl groups can present more diverse images, I think.”