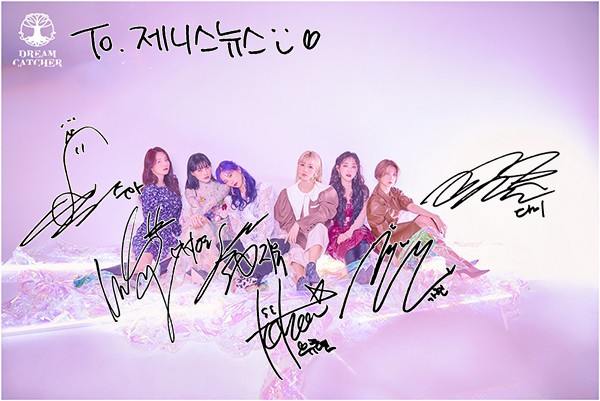 [Zenith News=Reporter Byeon Jin-hee] Dreamcatcher revealed their affection for the B-side tracks of their new album.

On that day, Dreamcatcher’s Siyeon said “After the release of our studio album, we’re going to go on promotion. We have a Japanese comeback planned in the middle, so we’ll be there and be back.” “My wish is, since this is our studio album, for us to do a followup promotion. There are too many good songs here,” she stated.

When asked about which track they wanted to promote in a followup promotion, JIU answered “I keep pushing for ‘Black or White’. I could picture the performance as I first heard the song. I think this is a track that we shouldn’t sleep on, so I really want to do it.”

Sua, Siyeon and Dami also chose ‘Black or White’. In particular, Dami, who took part in the rap-making, told us that “I wrote the rap part as I imagined our performance. As I wrote the lyrics, I already performed the song on stage in my mind. If we do it, it would be fun for us.” revealing her affection for the track.

On the other hand, Yoohyeon and Gahyeon chose “In The Frozen”. “It’s such a good song. I’d love to perform it on stage before the winter ends,” said Gahyeon.

Additionally, Sua brought up “SAHARA”, which was a candidate for the lead track. “As it was a lead track candidate, I want to show it to people on stage at least once. It didn’t get chosen because it felt similar to our previous title, ‘Deja Vu’,” Sua stated.