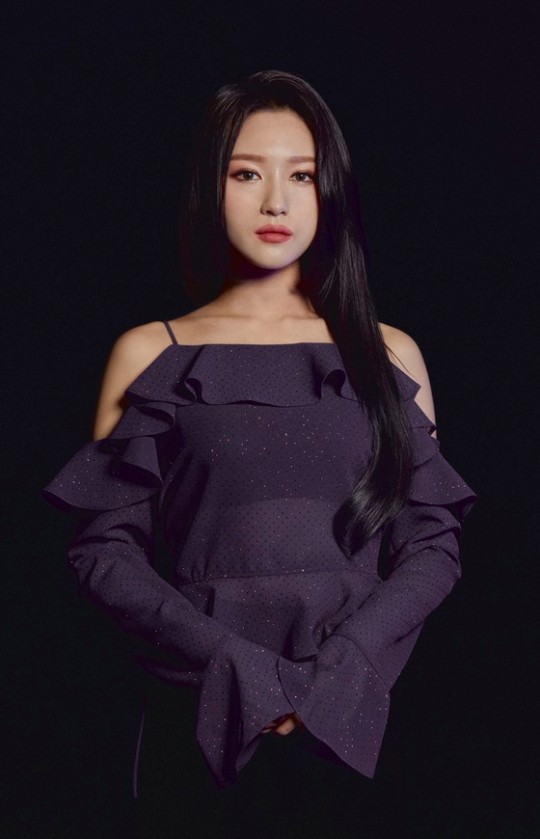 Dreamcatcher’s (JIU, Sua, Siyeon, Handong, Yoohyeon, Dami, Gahyeon) member Siyeon commented on how it felt to reach the next-highest place after BTS on the US iTunes charts.

In a release interview for their first studio album ‘Dystopia : The Tree of Language’ held in Gangnam on the 17th, Siyeon talked about her first solo track released last month.

Regarding the chart performance of the track, Siyeon appeared surprised, saying “It was completely unexpected.”

“I got to release a solo track as the prerelease track for our studio album. I didn’t expect it to do so well, and it’s all thanks to the InSomnias. It was meaningful to have the first song I took part in the production of released to the world, and it made me happy.

‘V1’ was a survival program meant to select the best vocalist among girl group members. Siyeon won second place on the program, showing off her explosive vocal skills with such tracks as Kim Bumsoo’s ‘Last Love’. “I think my solo track grew out as an extension of that occasion,” Siyeon commented, saying “our agency and our composer must have seen high potential there.”

Are there any plans for additional solo tracks from Siyeon or from other members? While Dreamcatcher told us that there were no concrete plans for solo tracks as of yet, they wanted to release tracks that shows off their individual charms.

“Each member is so different, so there are a lot of genres we can show people,” said Yoohyeon, stating that “we all want to release solo tracks later.” Sua also said “Any singer dreams dreams of releasing solo tracks, I think,” but added “but we will always be Dreamcatcher.”

Meanwhile, Dreamcatcher released their first studio album ‘Dystopia : The Tree of Language’ at 6PM on the 18th through various streaming sites.

The new album contains 14 tracks, including the lead track ‘Scream’, the ‘Intro’, and the ‘Outro’. ‘Scream’ is a track that attempts to incorporate electronica sounds on top of a rock basis while using the ‘witch hunt’ as its motif.