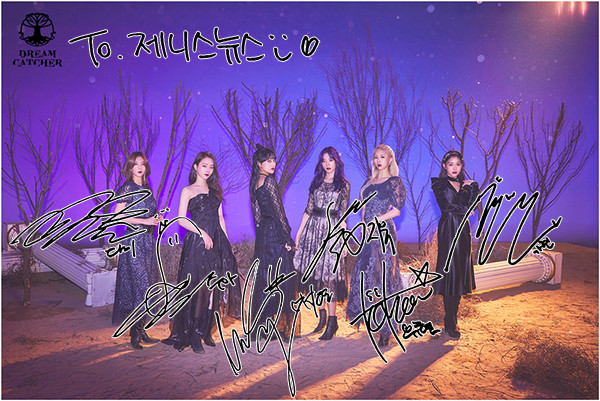 [Zenith News=Reporter Byeon Jin-hee] Dreamcatcher strikes again with a unique concept. Following the conclusion of their ‘Nightmare’ series, they open their new world with ‘Dystopia’. ‘Scream’, a track armed with Dreamcatcher’s signature intense sounds and powerful performances, signals its beginning.

In 2017, Dreamcatcher made its debut setting forth music based on rock and metal, unusual for a girl group, while incorporating story elements about the “Nightmare”. They have since been highly active in and out of the country.

Each member was assigned a nightmare. Throughout their album releases, they have told stories about the altercation between the dream hunter and the members as nightmares, how the members became nightmares, and about modern nightmares that come from stress, coming to be known as a team with strong world-building.

Following the successful conclusion of the nightmare series, Dreamcatcher opens its new world with the team’s first ever studio album, “Dystopia : The Tree of Language” of 2020. In ‘Dystopia’, which means the ‘anti-eutopia’, they plan to convey a sharp message that reflects the painful, harsh reality we inhabit. 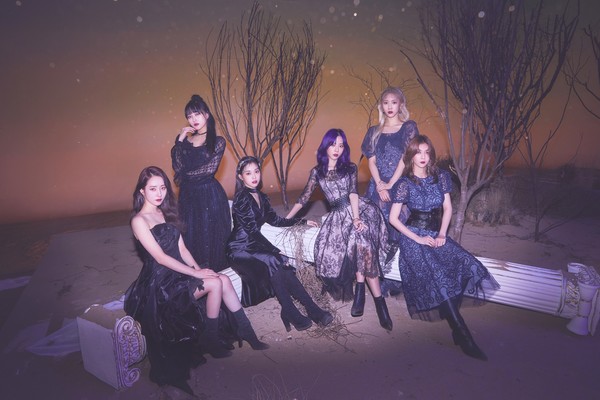 Q. We want to know how you feel about the release of your first studio album.

Sua: We’re releasing our studio album 3 years after our debut. We’ve been telling a unique story with our “Nightmare” series, and I’m excited that we can give people a fresh story this album.

JIU: Since we are launching a new story, we’re going to start with a bang with our studio album. While it is sad that Handong is missing for “QCYN”, we’re glad because our fans have been waiting for a studio album.

Q. Tell us about the new story.

JIU: The idea is that there is a tree that bears white fruits when people say positive words, but bears black fruit when people say negative words. Today, people are often hurt at school or at work. We tried to incorporate that social element in this album. The members are like tree spirits that purify the black fruits on the tree. By purifying the fruit, we give people good dreams.

Q. Unlike your past releases which were more fantasy oriented, you touch on subjects that are much closer to reality this time. Is it so that people can relate to it?

Sua: We thought the modern issues we touch on are relatable not only to Koreans but to people all over the world. Also, in order to approach domestic audiences, we chose a track that incorporates electronica sounds as our lead track for the first time. It’ll feel more familiar to them when they hear it.

JIU: We want to raise our domestic recognition, so we came back with lyrics and music that is broadly understandable and relatable.

Q. How was ‘Scream’ chosen as the lead track? What were your first impressions when you first heard the track?

Yoohyeon: There’s an actual scream in the song, which surprised me. It was amazing, I realized ‘you can incorporate sources like this here’. I was told that it was our composer’s scream.

JIU: As we got the demo recordings of our lead track, we talked a lot between members and with our composers. We thought long and hard about what we could do well. We thought our color is about being intense on stage, but we didn’t want it to feel boring by being too similar to our past releases. I’m glad the song turned out well.

Q. Dreamcatcher is also known for its intense performances.

Sua: We prepared our dance with dancers, so it’ll look more imposing. It’s a very fast song with lots of beats being split, and we tried to make each element pop. It made our dance practice so much fun, so thrilling. All the members liked it.

Yoohyeon: We also prepared a choreography for the B-side track “Red Sun”, and Sua was the one who came up with the choreography. It’s a choreography that fits our concept well. You’ll see it on music shows so please watch them. We also practiced our facial expressions a lot. We filmed each other and monitored the footage. We studied hard about how we could give off an intense feeling on stage.

Q. Siyeon’s solo track ‘Paradise’ was released as the prerelease track for the album. Was there a special reason behind it?

Siyeon: Our agency told us that I was going to be the one who does the prerelease track for our studio album. I was honored to work on ‘Paradise’. The lyrics were written to be relatable to people today. I recommend you listen to ‘Paradise’ before you listen to our album, and then listen to the rest of the tracks in order. (Laugh) I got good results when I was on V-1. My guess is that this prompted our agency to give me a chance to do a solo track. 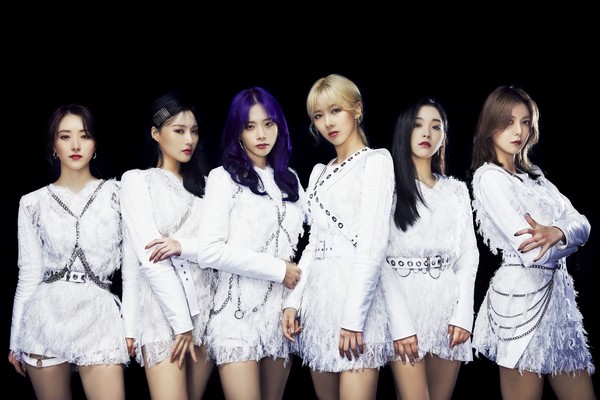 Q. We want to hear how it was to take part in the lyric writing.

Siyeon: After we got the guide tracks, the members were told to write lyrics for them if we had the time. We worked hard on them, and the composers took our ideas and combined them skillfully. It’s our first lyrical contribution that we’re showing off to the fans, so we’re both nervous and excited. “Jazz Bar” is our first attempt at a Jazz number and is a love song. It taught us about what each of us thought about love. (Laugh)

Dami: I got a chance to do the rap-making for “Black or White”. I incorporated things I wanted to say, but I also ended up saying the things I wanted to hear. In the lyrics, there is a part that goes ‘it’s not wrong, just different’. I want to be able to say it’s not wrong, just different about things in my life, so I incorporated that wish into it.

Q. Dreamcatcher has a certain unique intensity. Is there a nickname you want to earn from it?

Siyeon: Is there a girl group that’s been called “Beastly idol”? I think that would be rare. We want to become the “Beastly idol” following 2PM. We do have a wild kind of charm. On stage, we feel like a bunch of wild animals from a safari. For me personally, I’m often called “wolf” by fans.

Q. What kind of reaction do you want to get from this album?

Dami: I want to be told “as expected of Dreamcatcher”, or “they tore the stage apart”. “This is a performance never seen before” would also be good.

Sua: I want to be told that “I can’t work because I keep thinking about Dreamcatcher”. Constantly having thoughts about us (Laugh).

Q. Do you feel ambitious about reaching achievements?

Sua: We do, but we try not to focus on it too much. That gives us peace of mind. We are on a growth trajectory with each release. Our video views are also growing steadily. If we set winning first place as our goal, we’d feel very disappointed if we missed that. Our fans work so hard for us, so we’re thankful just for that.

Q. We’re curious about your plans and goals for this promotion.

JIU: For now, we’ll work hard on the music shows. I’m sad that we can’t show our performance to fans directly because of the Coronavirus outbreak. I really want us to hold a concert soon, so I hope the situation improves soon. I also want to tour the country if the situation allows it.

Sua: We’re fine without vacations, so we want to stay busy going places. We want to go on another overseas tour, and we’ll try to think of ways to communicate with fans while we’re in Korea.